Car Searches According To Pennsylvania Law 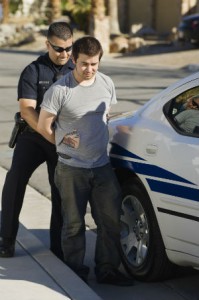 The Fourth Amendment to the United States Constitution states as follows:

The right of the people to be secure in their persons, houses, papers, and effects, against unreasonable searches and seizures, shall not be violated, and no Warrants shall issue, but upon probable cause, supported by Oath or affirmation, and particularly describing the place to be searched, and the persons or things to be seized. .

Very few people know that the Pennsylvania Constitution has the same sort of protection:

The people shall be secure in their persons, houses, papers
and possessions from unreasonable searches and seizures, and no
warrant to search any place or to seize any person or things
shall issue without describing them as nearly as may be, nor
without probable cause, supported by oath or affirmation
subscribed to by the affiant.

What The Law States

Essentially the law states that a person or place may not be searched without a warrant signed by a judge. There are, however, exceptions to this rule that says some places or things may be searched as long as the police have probable cause. One of these areas is the inside of your automobile. While you may be stopped by the police for a violation of the motor vehicle code, such as speeding or going through a stop sign, the police may not search you unless the officer has probable cause, or a good reason that he can articulate in court. For instance, if the officer smells marijuana that may give him probable cause to search the inside of your car for drugs.

However, under a recent case our Pennsylvania Supreme Court has decided to use the lesser standard of the federal courts in our state courts. This will make it easier for a local policeman to search your car if you are legally stopped.

Pennsylvania Law: It’s Now Easier To Be Searched By The Police In Pennsylvania

In the case of Commonwealth v. Gary a driver was stopped because the officer believed that the car’s windows were too heavily tinted, a violation of the motor vehicle code. The driver stated he had some weed on him. He was detained and the canine unit was called in to assist. The dogs found one pound of marijuana under the front hood of the car in the engine area. The intermediate appellate court of Pennsylvania (Superior Court) held that since the driver had been arrested and the car could not go anywhere, any search of the whole vehicle would need a warrant signed by a judge. This finding was correct under Pennsylvania State Constitutional law not under federal law.

The District Attorney appealed to the Pennsylvania State Supreme Court. That court upheld the search and said that the federal standard is now the state standard. Now, the police need not get a warrant to search a stopped car as long as he/she can show probable cause. The police need not have to satisfy a judge that they have cause to search.

Hence, it is now easier for the police to search your car even if the car is impounded and under police supervision. The requirement that the police have to satisfy a judge in an automobile stop no longer applies.