Driving Under The Influence

Causing A Death While Driving Under The Influence 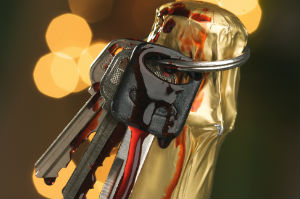 Whenever a death occurs as a result of an automobile accident one of the first things the police investigate is determining whether alcohol or drugs played any part in the cause of the incident. If the driver is found to be under the influence of either substance at the time of the accident he/she may possibly be charged with Homicide by Vehicle – DUI. If convicted, the driver will be in dire straits.

The statute reads as follows: Any person who unintentionally causes the death of another person as the result of a violation of section 3802 (relating to driving under influence of alcohol or controlled substance) and who is convicted of violating section 3802 is guilty of a felony of the second degree when the violation is the cause of death and the sentencing court shall order the person to serve a minimum term of imprisonment of not less than three years. A consecutive three year term of imprisonment shall be imposed for each victim whose death is the result of the violation of section 3802. As you can see, a conviction for this offense means that the driver will spend at least three years in a state prison for each death caused by him/her if convicted of causing the death of someone. And if two people are killed, the sentence will be at least 6 years.

Elements That Will Get You A Conviction

In order to get a conviction the Commonwealth must prove three elements beyond a reasonable doubt. All three must be proven for there to be a conviction.

1. The first element is driving under the influence. If a person has a blood alcohol content (BAC) of at least .08 or more or there is any amount of controlled substance in the blood, that person will be guilty of DUI and the state will have proven the first element of its case. Remember, that any amount of drugs in the system is enough to obtain a conviction for DUI.

2. The second element is usually the easiest. A person had to be killed in the accident. One of the only times this could be a contentious issue is if the person died at the hospital as a result of possible medical malpractice by the treating doctors.

3. Finally, the Commonwealth must prove that the person caused the death and that the cause was related to the driver’s drunken condition. Our courts have stated that the driver’s actions must have been the direct and substantial factor in the case of death. For instance, if a drunk driver is sitting at a traffic light with a passenger in his car and is rear ended by another vehicle causing the death of the passenger, the drunk driver is not guilty because he did not cause the death. Further, it must be proven that the driver drove in such a manner to show a conscious disregard of the circumstances.

Taking It A Step Further 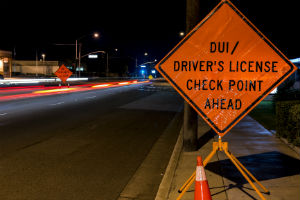 The law will also allow the charged driver to show evidence that the victim contributed to or caused his death by the latter’s actions. For example, if the victim is also inebriated and stumbles into the street before the driver has a chance to take evasive action, the driver may not be guilty. Also, if there is more than one car involved the driver may be able to show that, even though he was DUI, it was the actions of the other driver which caused the accident and death of the person.

Keep in mind that if the DA feels that he/she has a weak case, a plea may be offered for less than the three years or, if two people have died, the total sentence will only be three years and not six. The Supreme Court allows the DA to modify the minimum mandatory term in the latter’s discretion. At that point, the driver has to decide whether to spend a lesser time in jail or take his chances and go to trial. It is important to have an attorney with experience in these matters when charged with this type of offense.

The information presented is not legal advice, and your use of it does not create an attorney-
client relationship. No recipient should act on the basis of any content included in the site without seeking the appropriate legal advice from counsel. Lawrence R. Dworkin, Esq. expressly disclaims all liability in respect to actions taken based on any content of this site. Because every case is different, any prior results described on this web site do not guarantee or suggest a similar outcome.