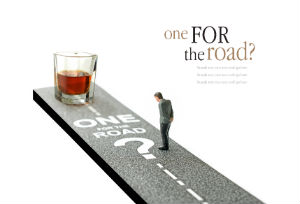 Whether in magazines or TV advertisements, attractive young men and beautiful women make drinking alcohol seem cool. Commercials for beer, wine and spirits associate the products with relaxation, having fun, or being sexy. However, never do commercials show reality: men and women driving under the influence (dui), and causing accidents leaving their victims severely injured, crippled for life or even dead.

While there are alternative methods of transportation, very few people who had too much to drink will admit to this fact. They either genuinely think that they are capable of driving, or are too proud to admit that they are impaired. They often utter statements such as “I’m perfectly fine” or “I don’t have far to go”.

Bars, restaurants and private parties are often to blame. They can see when someone has had enough or too much, yet they keep on serving glass after glass. If and when an accident happens, drinkers much respond in the same way “If only I hadn’t drank so much” or “If only I hadn’t gotten in the car”. Their sorrow comes a little late. In their drunken condition they’ve changed someone’s life forever.

In the best of cases, a drunk driver hits another car or a pedestrian and causes minimum damage. In Helen and Barbara’s case the damage was more severe. Both girls were on their way home after shopping for a graduation dress when a drunk driver slammed into the side of their car. The accident left Helen with brain damage and Barbara in a wheelchair.

To say that Barbara is angry would be an understatement. She is not one of those people who can forgive the drunk driver and say that she forgives him.

Even worse is Zoe’s case. Zoe was walking, peering in shop windows, when a drunk driver lost control of the wheel. The impact threw Zoe across the street where her body landed in front of a bus shelter where a poster, picturing a beautiful twenty something girl, raised her glass in a toast. The slogan read “Life is so much better with Smirnoff”. Zoe’s life wasn’t better, it was over.

Most victims of drunk drivers wonder why they were drinking in the first place. Were they drinking to forget their troubles? Did those couple of drinks help? Unlikely, when they sober up, those troubles are still there. Others drink because they’re angry and need an outlet. Does a few glasses of alcohol help? Maybe, but instead of drinking they might have tried a brisk walk or a few laps in the pool. Alcohol never solves any problems, it just adds to them.

How do the drunks feel? If they had troubles before they caused an accident, they have even more troubles now. They have to live with the knowledge that they killed someone, or crippled them for life. 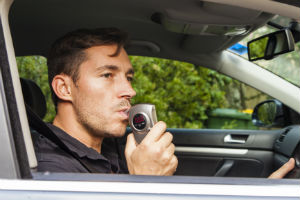 The Victim & The Law

Many of the victims feel that the law is far too lenient on these drunk drivers. Some get off with a slap on the wrist. They feel that driving under the influence should be punished and punished severely. That they should be made an example to others. If drunk drivers were to end up in jail for a few years, others might think twice before getting behind the wheel of a car. See here for dui laws.

Many also feel that alcohol bottles should bear warning labels, showing shocking accident images. A polite request not to drink and drive doesn’t cut it. Drinkers need to be confronted with what driving under the influence can lead to.