Habitual Offenders AKA Repeat Offenders – What you need to know!

When a person is arrested and comes to see an attorney one of the first things that the attorney must find out is whether the client has ever been convicted of the same offense in the past.  If he or she has then the client will be considered an habitual offender.  Most times this will mean a harsher sentence if that person is convicted for a second or third time. 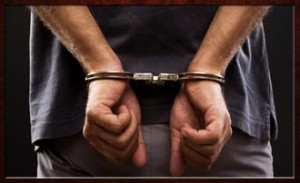 There are several types of crimes that increase in punishment if the conviction is a second or third time.  A harsher sentence may also occur if the type of crime gets worse, such as for theft if the amount stolen is over a certain amount.

Crimes and Associated Consequences of being an habitual Offender

Tell Your Lawyer About Your Prior Record

If you are arrested for a crime and have a prior conviction for the same crime it is imperative that you tell your lawyer so he can better prepare your defense.  Your prior record will determine how your attorney negotiates with the DA or plans your defense at a trial.