The Importance of Jury Selection in the Criminal Trial

With jury selection under way in the George Zimmerman trial, this article on the importance of jury selection is very apt. Recent statistics show that most criminal cases end in a plea to some or all of the charges.  The last figure was that about 95% of cases end in a non-trial disposition.  Nonetheless there is the chance that your case could end up in a trial.  The trial could be either a non-jury or a jury trial.  In the former, the judge hears the evidence and decides if the defendant is guilty or not guilty.  In a jury trial a group of twelve citizens who live in the county make the decision of guilty or not guilty. 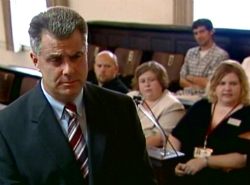 While one’s attorney will give his/her advice, in the end, the defendant makes the decision.

THE IMPORTANCE OF QUESTIONING THE JURY PANEL

In a jury trial a panel of about 40 or more people are brought into the courtroom for questions.  This is called the Voir Dire process.  The defense attorney and the district attorney ask (or submit to the judge) questions to be asked of the panel.  Each side is seeking to find jurors who will be more likely to see their side of the story or to take people off the panel who would be likely to find against them.  General questions are asked in which panel members will raise their hand to signify an answer.  After that people who answered certain questions may be asked to come up to the judge’s bench area where individualized questions may be asked by each attorney (and the judge sometimes.) At this point the attorney can make a challenge to a juror asking the judge to take him off the panel so that he cannot be a juror.  Sometimes a juror will be struck because the attorney senses that that juror will not be able to be fair.  The judge will make the final ruling.  In a first degree murder case where the death penalty is possible this process can take days or even weeks.  There, each panel member is questioned individually.

Once the attorneys have all the information the final selection process will begin.  Attorneys will be given up to eight chances to strike a person from the panel.  Unless it is obvious that an attorney is striking members of the panel for racial reasons that attorney can strike a juror for any reason he/she wants.  Once this is finished the clerk will read the first fourteen members on the list to sit as jurors (12 main jurors plus two alternates.)  The alternates hear all the evidence.  But once the jury is given the case to decide the alternates are dismissed.

SWEARING IN THE JURY:

After the selection process is over and the 12 jurors and alternates are seated the clerk swears in the jury.  This is an important process.  This officially begins the trial.  Jeopardy attaches and, if anything goes wrong during the trial that is not the defendant’s fault and a mistrial is declared by the judge, it is possible that the defendant could not be tried again and he/she would be freed without any trial taking place.

As stated, sometimes the defendant and the defense attorney opt to have the judge decide the case.  There may be several different reasons for this.  If the facts are fairly clear and it is a question of applying the law to the facts a judge may be better than twelve civilians.  Or the case may be highly emotional and the feeling is that a judge can control his/her emotions better than twelve regular people.  On the other hand a jury trial is requested if the facts are unclear and confusing.  Then it becomes possible that the jurors will not be able to reach a unanimous decision causing a mistrial and making it possible for the defendant to get a better deal if necessary.

Selecting a jury or deciding on a jury or non-jury trial is often called an art, not a science.  The lawyer makes his/her best decision.  One doesn’t know if it was right or wrong until a decision is finally made.