If you haven’t heard already, former rap star of Public Enemy, Flavor Flav, whose real name is Will Drayton, has been arrested on assault and battery charges.  The week leading up to Halloween Flavor Flav was charged with assault with a deadly weapon and battery, which involved the rap star and his fiancé of eight years. This is a serious offense, and is carrying Flavor Flav a $20,000 bond for the assault charges and $3,000 bond for battery charges. 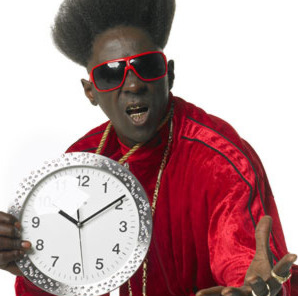 The reports have said that a verbal argument began between Drayton and his girlfriend, and then became physical after Drayton through his girlfriend, Elizabeth Trujillo, to the ground. The fight escalated to Mr. Drayton running after his son and girlfriend with two knives, yelling he was going to kill them.

Police officials are still investigating the allegations on Drayton, and Drayton is scheduled to show up for an initial hearing soon.

As a criminal defense attorney in the Philadelphia area, we see many cases just like the former rap artist assault and battery case. It is our job to provide you with important legal advice when you are accused of an assault and battery crime. We can do this in several ways, including:

Although you have been accused of a crime, a criminal defense attorney will do their best to have the charges dropped. In the case of William Drayton, aka Flavor Flav, his attorney will be acting on the same legal advice above to help their client. At the Law Office of Dworkin Law, we are curious to see how this case turns out.