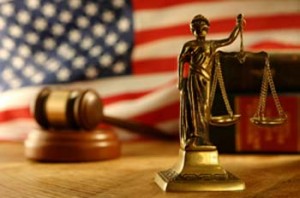 Chances of Parole and Probation:

In Pennsylvania approximately 5% of cases go to trial and very few of them result in a total acquittal or finding of not guilty.  Given those statistics it is evident that most defendants will end up on parole or probation at the end of their case.

Probation occurs when the guilty person is not sentenced to any term of jail.  He or she will be supervised by the probation department of the county where the case occurred or by the state.

A person on parole is someone who spent some time in jail and will finish his sentence under the supervision of the county or the state.

People on parole or probation will be placed under conditions which often depend on the crime that he/she was found guilty.  For instance, if a person pled guilty to a drug offense the probation/parole conditions will most likely include drug testing at random intervals.  A failed test (“hot urine”) will result in a violation and possibly going back to jail.  A person who was found guilty of assault may be required to take anger management courses and to stay away from the victim.

When a person violates his probation/parole his probation officer will file a violation against him.  Defending on the charge the defendant may have to go back to jail, but not always.  Usually a defendant who is charged with another crime while under supervision is more likely (but not always) to go to jail.  If the person is put in jail after his new arrest the supervisor will file a detainer with the prison.  This means that even if the defendant could make bail, he/she will still have to remain in jail  A person who commits what is known as a “technical” violation (such as a missed meeting) may remain out of jail depending on the number of technical violations that person has committed.

A violation does not necessarily mean jail although the probation could be extended.  If the person is found guilty of the probation/parole violation his new sentence could run concurrent or consecutive to the sentence for the second crime.  If it is concurrent the sentences will run at the same time and the person will not be serving additional time.  If it is consecutive then there will be additional time over that of the second crime.

If you are arrested for a crime and are currently on probation or parole it is imperative that you tell your lawyer so he can better prepare your defense.  Normally when the attorney takes the case he will immediately contact the probation officer.  May times the lawyer can negotiate a sentence with both the DA and the probation department so that no additional time is necessary.