Getting Charges Dropped in Assault Cases 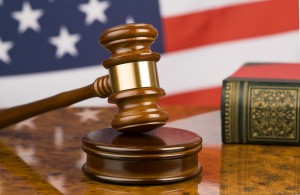 When you are arrested in an assault case the charges are often Aggravated  and Simple Assault.  Aggravated Assault is usually a felony and will often entail time in jail while Simple Assault is a misdemeanor and, under most circumstances, will only bring a sentence of probation.In Pennsylvania there are different sets of circumstances that can bring a charge of Aggravated Assault.  Generally a person is arrested for Aggravated Assault if the police believe that the defendant attempted to cause serious bodily injury or caused such an injury intentionally, recklessly or knowingly under circumstances showing an extreme indifference to the value of human life.  If a deadly weapon is involved aggravated assault can be charged as stated above or the defendant caused or attempted to cause only bodily injury or did cause bodily injury with a deadly weapon.Simple assault can be charged if a person attempts to cause or intentionally, knowingly, or recklessly causing bodily injury or negligently causing bodily injury with a weapon.When an attorney gets a case of assault where the police charge both types of assault a key factor is whether an injury is caused and the extent of that injury.  Any injury which creates a great risk of death, disfigurement, or serious impairment will be grounds for aggravated assault.  If no injury is caused then the court will look to the intent and actions of the defendant.The attorney, in discussing the case with the District Attorney,  argue that either the injury is not that serious and/or the defendant did not intend to cause a serious injury.  He will therefore seek to have the charge dropped to a simple assault and get a sentence of probation.